The way husbands of pregnant women have sympathy morning sickness, at the end of a long trip I start to have pre-jetlag.  This causes me to sleep in later and later. Or it could be me enjoying the luxury of sleeping in and not having to wake up early in the morning…

I started the day by heading out the Homerton (no relation to the Simpsons) in East London to visit my good friend Denis Flannery.  He was a visiting professor at Vandy back in the ’00s and after hanging out all year, we’ve kept in touch.  From the balcony of his apartment, I could see the Olympic stadium.  We had quite a nice lunch and an even nicer chat.  Seeing him and other friends is always a highlight.

While on the Eastside, I took a stroll around the Westfield mall.  It is massive, over three levels, and houses everything from Pinkberry to Arabian Oud.  Probably my most fragrant encounter was when I walked by the Sunnamusk booth in the middle of the mall and was accosted by an overaggressive salesperson.  I thought the people at Arabian Oud near Harrods were intense… these guys were even more intense.  While Golden Dust was nice vanilla, I wasn’t about to support such aggressive sales tactics.

A few tube stops later, I landed at Bond Street intent on attacking Selfridges. In just one counter area, there are so many niche lines that are simply not available in the states.  I started with Bella Bellissima and sniffed every single one of them.  Precious amber starts off dry and gets sweeter.  Black Ebony is a chalky wood – moist and mossy.  Arabian Rose is an aldehyde burst which disperses into an airy rose that floats around you.  The Refined EDP Intense starts off woody and smoky but gets sweeter, quickly.  Number 3 is sweet bubble gum fruit – almost like Neza Nez Ambre A Sade, but more fruity and less amber.  There’s been a lot of buzz around the Bellisima ouds, and I can see why.  Noble Incense is dry myrrh with oud as a light background player.  Emerald Oud is basically Precious amber plus oud.  Blue Diamond Oud is minty, grassy, and mimosa.  Ruby Oud is Number 3 plus oud.   If there was a sample set – a la the Mona Di Orio box kit, I would have sprung for that because each fragrance deserved a much deeper exploration.

Next up was Thameen – another British line that was just recently launched exclusively at Selfridges that ranges between 125-175 pounds for 50ml of extract de parfum.  Carved Oud is an oud-in-your-face bomb.  Noorlain Taif was cedar and vetiver that sweetens up a bit (pretty much the last scent that would ever touch my skin). Amber Room is a dry amber, but not so sweet that it felt oddly diffused.  Moon of Baroda is a peppery spice bomb.  Peacock Throne (the least expensive) was hidden under the counter because it was out of stock.  According to SA Ilhem from Algers, it continually sells out.  It’s a big champaca and white flower explosion. I can see why this one would be doing so well.

Keeping with the British theme, I moved onto the Union which celebrates the “flora and fauna from the four corners of British Isles.”  While these were not really for me, they are all are worthy of a sniff. Gothic Bluebell is a big violet with a hint of what I guess is Bluebell.   Holy Thistle is as green as the liquid with a bit of fruit, pine, vine, and an oddly mature strawberry.  Celtic Fire is like going to a barbeque – smoky, with burning leaves and trees.  Quince, Mint, and Moss felt really fresh, but that is all I got from it.   Gunpowder Rose was powdery, soft, and felt really mature.

Then came the Yohji Yamamoto fragrances. First, I will say that I absolutely adore that these fragrances were available in 30ml, 50ml and 100ml sizes starting at 40 euros. I  wish more lines would offer 30ml bottles.  I think these are reissues, but the six scents they had ran the gamut from strong and obnoxious to atmospheric.  Yohji Classic was sickening, like the worst designer fragrance you could imagine. If you like it, more power to you, but I gagged.  Yohji Homme was minty, green, and quite soft and gentle.  Essential felt like a mix of flowers and wine.  Senses was a strong sweet amber.  Yohji for Men and Women were both airy with the male version being dry and the female version being sweet.

Located on the same counter was the Tola line which I saw at Elements but wanted to reexplore.  Misqaal was an odd mix of sweet and feral.  Anbar was surprisingly subtle with sweet overtones.  Shahzada smelled like dry and mossy wood.  Of the whole line, I predict Masha would be the biggest seller, appealing to the average person with its pleasant sweetness.  Misk Begum grabbed me as a sweet, intoxicating amber.  Luckily, I already have several of these in my collection so I wasn’t drawn into spending 198 pounds for a bottle.

As I was deciding which ones I wanted to skin test, I wandered around the floor (avoiding the obscenely huge Rihanna fragrance section) and happened the lovely Amanda from Liverpool who was reaping the Maison Martin Margiela scents.  Priced at a surprisingly reasonable 65 pounds, Jazz Club smelled just like advertised – tobacco, vanilla, and spicy rum.  I sprayed some on my upper arm and quite enjoyed the development of it.

I went back to the first table and decided to test Belle Bellissima Blue Diamond and Emerald Oud, Union Gothic Bluebell and Quince Mint & Moss, and Yohji Homme.  I wore them overnight and the decisions were made for me.  Blue Diamond Oud went very dirty and caustic on my skin – as in need to scrub it off.  Emerald Oud was a sweet amber, nice, but something I already had.  Both the Unions were disappointing – Gothic Bluebell felt standard and QMM just didn’t agree with me.  The clear winners were the least expensive – a refreshing change – Yohji Homme felt really classy and modern and just kind of floated nicely.  Martin Margiela Jazz lasted a good six hours and really gave the impression of an underground bootleg bar from the ’30s – the scent matched the imagery. 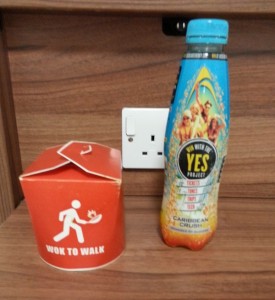 Wandering around the clothing section, I happened upon Taylor of Bond Street and thought, maybe I should get a shave tomorrow. Since it was already 6pm – both Taylor and Geo F Trumper were already closed, but I made a mental note to wake up early and see if I could get an early appointment – especially for my special date with Tina Cousins.